JusticeTrans stands with Two Spirit, trans, non-binary, intersex, and gender non-conforming communities in Quebec to call out the transphobic amendments Bill 2 intends to make to the Quebec Civil Code and to other pieces of legislation.

This Bill would force anyone wishing to change their sex designation to provide proof of medical intervention and surgery. Many Two Spirit, trans, non-binary, and gender non-conforming (2STNBGN) people choose not to undergo gender affirming surgery for many reasons, including the inaccessibility of these medical procedures, personal health reasons, or simply not wanting the procedures. Gender affirming surgery is not a prerequisite for being 2STNBGN. Genitalia-based sex markers were abolished by Quebec in 2015, and neither France nor any other Canadian province or territory forces 2STNBGN people to undergo any medical procedure before obtaining a change of sex designation.

The only option this Bill provides to those who do not wish to undergo gender affirming surgery is to add a separate designation of gender identity to their act of birth (commonly referred to as a birth certificate). By only allowing 2STNBGN people who have not medically transitioned to change their gender identity and not their sex, this Bill enforces bio–essentialist ideas of gender that isolate 2STNBGN people and segregate them from others. This would also force any 2STNBGN person who has not medically transitioned to be outed as 2STNBGN by their official identifying documents, which poses serious safety risks and raises concerns of further unequal treatment by all institutions.

This Bill clearly violates the spirit of the Centre for Gender Advocacy v Attorney General of Quebec (2021) ruling—finding the province’s refusal to grant non-binary people a change of sex designation corresponding to their gender identity unconstitutional, among other things—by refusing to allow 2STNBGN people the dignity and equal rights recognized by the court. JusticeTrans urges the Quebec government to reconsider this legislation and amend it to, at a minimum, allow non-binary people to choose a sex marker on identification that reflects their gender identity, while continuing to allow 2STNBGN people to change their sex designations without medical intervention.

More information to come soon about what Two Spirit, trans, non-binary, intersex, and gender non-conforming people, and our allies, can do to fight this Bill. In the meantime, check out the Centre for Gender Advocacy, the organization responsible for filing the initial landmark constitutional challenge, and other Quebec organizations defending the rights of 2STNBGN and intersex people. The Bill itself can be read here, and the judgement prompting the Bill can be read here. For more information, you can also contact JusticeTrans at admin@justicetrans.org. 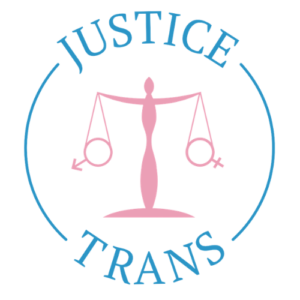